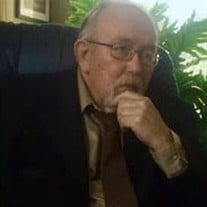 Obituary It is with great sadness that the family of Lawrence “Larry” Richard Sexton announces his passing after many years of battling prolonged illnesses, on Thursday, April 24, 2020, at the age of 70 years. He passed away at his home in Victorville, CA, surrounded by his loved ones.  Larry will be lovingly remembered by his children, Marc (Maria) Sexton, Tracie (Mike) Dempsey, Richard “Ricky” (Kassandra) Sexton, and Aimee Sexton; his brother Patrick “Rick” (Susan) Sexton, and his sister Lynette (Sexton) Reiter; and his step-children Tania Doran, Ernest, William and Brian St. George, their spouses and children. He will also be fondly remembered by his eight grandchildren, Joshua Sexton, Sara Henery, Geena Henery, Zoe Dempsey, Katelyn Dempsey, Michael Dempsey, Samuel Sexton and Brookelynn Sexton, and two great-grandchildren, Daelyn and Clairity Sexton. He was adored by his cousins, nieces and nephews, and his many close friends, including Mary (James) Wright, who provided care for him in his final years. Larry was preceded in death by his parents, Richard “Dick” and Mary Jane (Daczkowski) Sexton, his brother Michael Sexton, his first wife of 24 years, Helen (Fulford) Sexton, and his second wife of 11 years, Patricia (Janovick) Sexton.  Larry was born and raised in Toledo, Ohio, and then moved to Southern California in 1972 where he started his family and career. Larry spent 40 years as a Tool & Die maker, including over 20 years as an entrepreneur and sole proprietor of Hammer Tool & Die. His strong work ethic and love for his craft earned him the trust and business of many customers, and enabled him to provide for his family. His generosity was endless, and his quick wit and sharp sense of humor made him the life of every party.  Larry will be laid to rest at Calvary Cemetery in Toledo, OH. In light of the current restrictions due to the COVID-19 pandemic, a memorial service to remember and honor his life will be scheduled at a later date. Larry loved giving back, and if anyone would like to make a donation in his memory the family requests donations be made to St. Jude Children’s Hospital or to any organization that funds Parkinson’s research.    To send flowers to the family or plant a tree in memory of LAWRENCE RICHARD SEXTON, please visit our floral store.

Obituary It is with great sadness that the family of Lawrence &#8220;Larry&#8221; Richard Sexton announces his passing after many years of battling prolonged illnesses, on Thursday, April 24, 2020, at the age of 70 years. He passed away at... View Obituary & Service Information

The family of LAWRENCE RICHARD SEXTON created this Life Tributes page to make it easy to share your memories.

It is with great sadness that the family of Lawrence...

Send flowers to the SEXTON family.