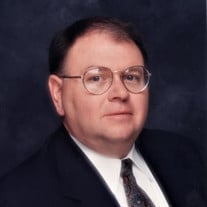 John F. Whitman, 69, of Apple Valley, CA (born in Dayton, Ohio), went to the “big glass shop in the sky” on December 14, 2020 when his courageous battle against cancer came to an end. John was preceded in death by his parents, John and Ruth. He is survived by his siblings Michael (Susan), Fredrick (Ellen), Reynold (Pamela), Donna (Richard), and James; his daughters Lisa (Robert) and Lynn (Jaime); and his grandchildren Jacob, Adrien, and Bailey. John played baseball and football in his youth and continued to play for Moorpark High School until he graduated in 1969. He was drafted to the Army after high school and served in Vietnam until 1972. When he returned home from the Army, he pursued his college education in hospitality management and went on to manage several restaurants, including a few Carrow’s restaurants, while in his twenties. In the mid 1980’s, John went into the glass business with brother Michael. In 1987, John earned his contractor’s license in glazing and started his own glass and mirror company. In 1995, he became a shower door salesman for Alumax/Alcoa and earned the Salesman of the Year award twice before leaving the company in 2003. John continued to focus on his glass business, which experienced sustained success due to his strong work ethic, attention to detail, communication skills, and dedication to customer service and satisfaction. John loved meeting new people, camping, and traveling. He finished three Los Angeles marathons as well as countless other runs for various charities. He was a sincerely generous man who would give you the shirt off his back if you needed it, as long as you like navy blue Carhartt shirts. He had a big heart and enjoyed sharing his success with his friends and family and helping those in need. His sense of humor and energetic personality made him a pleasure to be around. He made new friends everywhere he went. His appetite for adventure led him to visit many places around the world and experience exciting things. He was a man of honor, integrity, and dignity. He told the truth and kept his word. His loving, kind, outgoing, and straightforward nature made him an exceptional friend, coworker, boss, uncle, brother, grandfather, and father who will be greatly missed. A memorial service will be held to celebrate the life of John Whitman. Victor Valley Memorial Park and Mortuary 15609 11th Street Victorville, Ca 92392 Saturday, September 11, 2021 @ 1pm

The family of JOHN F. WHITMAN created this page to make it easy for loved ones to share memories.

Send flowers to the WHITMAN family.