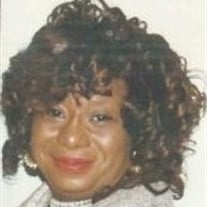 Obituary Geraldine’s journey began on September 28, 1949 in Birmingham, Alabama.  Born to Pastor R.C. Cain and Mattie L. Cain, Geraldine was the fifth of eight children born.  Known fondly as Gerri, she graduated from Parker High School and discovered an early love for science. Adulthood began for Gerri at the age of 19 when she married Donald Green, age 20.  Soon after marrying, the newlyweds moved to Akron, Ohio and had a son, Daryl Green.  Gerri and Daryl relocated to California, eventually making West Covina their home. Gerri was always a hard worker, typically working two jobs for many years. She worked as a Hospital Administrator at Hollywood Presbyterian in Los Angeles and Queen of the Valley in Pomona.  Later, Gerri would go back to school and earn her master’s degree in Business. Gerri’s love for children and her background in business, led to the opening of “Gerri’s Day Care.”  Her love for taking care of children and helping people, led her to become a foster parent.  After joining Peace Apostolic Church, Gerri adopted Llayla Marie Green, at just under two years old and became the foster parent to Amiyah Poindexter. On January 8th, 2020, Gerri’s journey came to an end.  God called on Gerri and her grace to give her peace after battling breast cancer.  Gerri’s work here is now done.  She received a call, an offer of sorts, the kind you can’t refuse.  For this appointment, she will not return.  Her new mission takes her to a wonderful place.  A place where there will be a reunion with her family and friends that she has not seen in a long time.  There will be singing and dancing, laughing and barbequing.  The kind of barbeque where you can eat all you want, and you won’t gain a pound. To send flowers to the family or plant a tree in memory of GERALDINE GREEN, please visit our floral store.

The family of GERALDINE GREEN created this Life Tributes page to make it easy to share your memories.

Send flowers to the GREEN family.